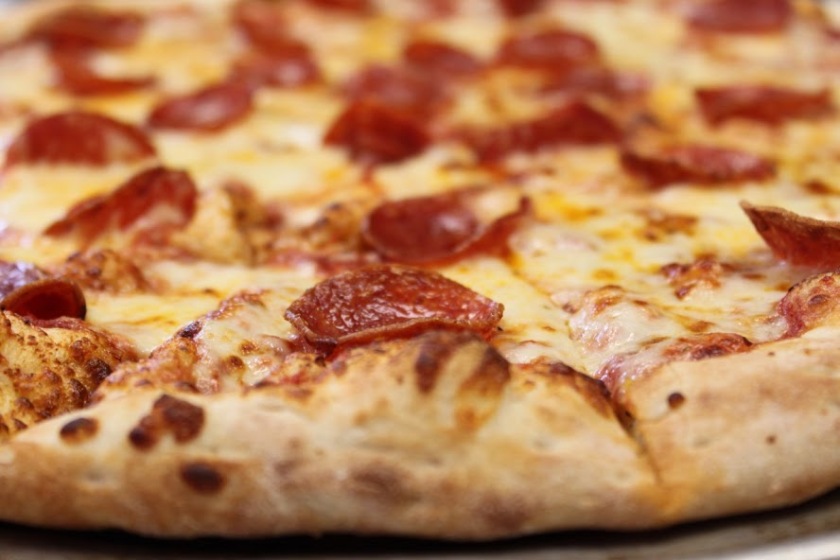 The pandemic has affected many facets of college life at the University of Pittsburgh but the closure of Sorrento’s Pizza was heartbreaking.

Those who remember the classic Antoons vs. Sorrentos debate view the closure as the end of an era. So that leaves the Sorrentos lovers with a question: where do we go next?

After I conducted 22 interviews, it appears to me that Pittsburgh may not be known for its bustling pizza scene. Those who rely on the classic college food may find their options lacking.

Unlike Latona, some have stronger opinions.

“Pittsburgh has the worst pizza I’ve ever experienced,” said Lauren Bayer, a third-year chemistry major. “It must be in the water and the water is in the sauce, but it’s not it. It’s sad because people in Pittsburgh don’t know that what they’ve been eating is bad pizza until they go to the East coast.”

Of the 22 people interviewed, three refused to pinpoint a favorite Pittsburgh pizza place. Instead, they opted for comments like “Pittsburgh pizza sucks” (which was a bit harsh but not unfelt). The general overall consensus was that comparing pizza from Pittsburgh to pretty much anywhere on the East coast was essentially useless, but fear not! There were a few standouts within the pizza abyss.

Pie Express was one of the most common pizza places mentioned as a first or second choice. One interviewee, who chose to remain anonymous, even went so far as to loudly exclaim: “Pie Express is the best thing I’ve ever had in my mouth!”

Having been to Pie Express, I wouldn’t say my love for the restaurant goes as deep as others… but there are certainly some bright spots.

Many of those who preferred Pie Express also listed that when looking for pizza places, they put price above convenience or taste (besides the one enthusiastic interviewee who really emphasized the taste). At $7.65 a pie, they were certainly on the cheaper end of the pizza options around campus.

These made-to-order pizzas are fast and convenient, located in the heart of Forbes Ave. just a few steps away from Pitt’s campus. With the ability to personalize your pie for less than $8 just a short walk away, it’s no wonder that this small pizza joint has quickly become a fan favorite.

Pizza Romano came in second place, with a solid three people naming it as their top choice and two others giving it their second spot. Although, to be clear, this is a controversial choice and came with its fair share of backlash.

Sara Matvey, a second-year pharmacy student certainly had a lot to say.

“Pizza Romano is literally the worst thing I have ever put in my mouth,” she said. “It never ceases to make my stomach hurt and I usually throw up after. It is literally awful. The only good thing about it is that they have cold canned ginger ale.”

Ok, ginger ale aside, there had to be something drawing students to Pizza Romano. Despite the outspoken criticism, the majority of Pizza Romano lovers said they prioritized taste above all else. While the price was a close second, it’s clear that there must be something in the sauce pulling students to take the short walk down Atwood St. for a slice of the cheesy (maybe) deliciousness.

Although I have only visited Pizza Romano once, it is my personal opinion that the small restaurant does not deserve such a harsh rap. I found the most confusing thing about the establishment to be the tacos. If you don’t believe they serve tacos, I wouldn’t blame you.

Seeing someone order tacos from a restaurant with “pizza” in the name was slightly off-putting. Still, the pizza wasn’t horrible. Although the pizza scene in Pittsburgh is often lacking, it’s nice that some have found their favorite spot so close to campus.

Just one more block down Atwood St. you’ll find another pizza standout. Antoons Pizza is a standout in the Sorrentos v. Antoons debate that started it all.

“Antoons is an Oakland staple.” said Benjamin J. in a Yelp review, “The pizza is good after a night out. First, it is cheap, it is only $6.42 for a large cheese pizza. Second, they are efficient. It is amazing how quickly they can push out these pizzas late at night. Third, the portion is generous. While not the greatest pizza I’ve had, it’s worth a visit.”

With hours until 2 a.m. on weekdays and 3 a.m. Thursday to Saturday, it appears that Antoons is a crowd-pleaser for late-night bites. Although it was more often a second choice rather than the first choice for pizza, the ability to wander in off the streets after a night out with your friends is apparently unmatched.

If you’re willing to take a walk outside of Oakland, many people have recommendations for delicious and tasty places in the Strip District.

Pizzeria Davide, Driftwood Oven, and IronBorn Pizza all came highly recommended by those I interviewed. I was promised that if you are willing to make the jaunt, absolutely delicious slices await.

“Driftwood Oven is slept on, and it’s literally so good,” said Julia Haber, a third-year global management major. “Everybody wants to debate the pizza places in Oakland but they’re literally all bad. Driftwood oven and Ironborn Pizza are the only two respectable pizza places in Pittsburgh.”

Additional honorable mentions include: Fioris Pizza located in East Liberty, Slice on Broadway also in East Liberty, Mineos in Squirrel Hill, Vocelli Pizza in North Oakland, Larry and Carols in South Oakland, and Luciano’s Italian Brick Oven all the way over in White Oak. Although I was rather sad to see that Aiello’s Pizza in Squirrel Hill had not made it on the list of favorites, I’m happy to keep my personal favorite pizza shop just a secret between you and me.

Although Pittsburgh may not be known for its pizza, college students continue to adapt and find their own way of bringing this staple into their lives. With a little exploring, good pizza can definitely be found in Pittsburgh. And don’t forget, delivery is always an option for those places worth the extra fees.