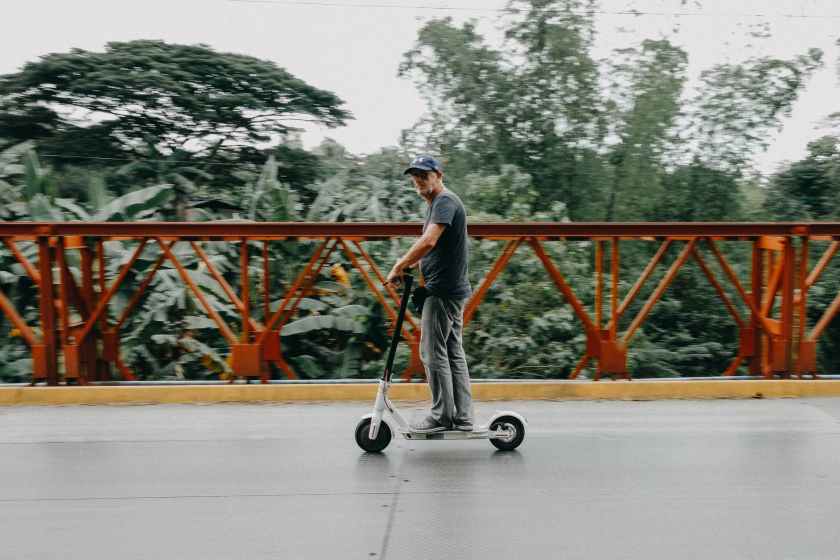 A little less than a year ago, Spin Scooters were unveiled as a new mode of transportation in the city of Pittsburgh. Electric scooters aren’t an entirely new concept. In fact, there are lots of major cities on the West Coast that have already implemented programs similar to Spin for pedestrian transportation. At face value, Spin Scooters are highly versatile modes of transportation — they can take you down small roads and niche neighborhoods that most Port Authority buses just can’t — and they’re on demand too! (That is, if you can find one that’s fully charged.)

However, Spin has introduced a whole new breed of problems to the city. Thankfully, there’s still an ounce of hope left for these monstrosities.

After talking to a few key figures around campus, the general perception of the Spin Scooters still remains positive, even if people don’t always treat them the best. For example, Dan Phillips, a 21-year-old Biochemical Engineering major who is a Spin Scooter user, thinks that “…the Scooters are a good way to get around in a pinch and that most people respect them.” It is important for such a program to thrive in the city of Pittsburgh, being there is no denying that it is a helpful form of transportation for most customers. Even if the Scooters have lost their initial sparkle that they had at their introduction, it is best to improve what we already have than to write off the program entirely.

So, how do we make it better?

Spin could make as many rules and regulations as they want, but humans are going to human. We make mistakes, whether it be on purpose or accidentally. The fact of the matter is the Spin program is never going to be perfect, but then again, nothing is. However, the betterment of the Spin program needs to come mostly from its customers, not from corporate. This might seem counterintuitive, but I would like to think customers want to receive communal products treated with respect—so they should also be the ones leaving the Scooters in a courteous manner.

To improve Spin we need to be mindful of how we park the Scooters after we are done with them, where we ride the Scooters so as not to disturb pedestrians and motorists, being respectful and not vandalizing the Scooters, being mindful of how much time you spend on a Scooter in one sitting, and returning the Scooter to a charging port if it is convenient to do so after you are finished with it. These things might be little and could seem to be not worth your time, but every little act of courtesy counts.

When you think about it, the Spin program creates a customer community and we each must do our due diligence to ensure we have the privilege of electric scooters in the city for years to come. You can look at these tasks as simple and unimportant. Or, more favorably, you can see these tasks as simple and fairly easy to do, taking only minutes out of your day to execute, and make the Spin experience better for all.

What does it mean to park a Scooter the right way, or even politely for that matter? For one, we have to know that Spin Scooters can’t be ridden on sidewalks or in the streets when it can be avoided — so they shouldn’t be parked and left in these places either. These Scooters aren’t very heavy, but it’s inconvenient for people to have to move them out of the way. So, park them perpendicular to the curb, or better yet, in a designated parking area to be courteous to your fellow Spin users.

Another fairly simple rule, but one that is important nonetheless: don’t ride the Spin Scooters on sidewalks if it can be avoided. I have noticed that people have gotten better about this since the Scooters’ initial release, but it’s still something that everyone should be familiar with. Pedestrians use the sidewalk to travel safely and shouldn’t have to worry about a fast, motorized scooter getting in their way. It’s just the right thing to do.

This should go without saying, but don’t try to vandalize or damage the Scooters in any way. They are public property and someone is going to have to use them after you — so be kind; don’t alter them or put them in places they aren’t supposed to be — like in trash cans or …rivers. No, seriously. Doing this could land you with criminal charges, so don’t be an idiot.

In theory, you can rent a Spin Scooter for as long as you want until it runs out of power. But, should you be doing that? Not only is there a limited amount of Scooters in the city, but it’ll cost you a pretty penny if you’re hogging them. If you need a Spin Scooter for a long period of time, you could keep it rented out, but we all have to be mindful of where usable Scooters can be easily found throughout the city for others. With that being said, Rob, who chose not to give their last name, and is one of the security guards at Pitt, noted a distinct lack of Spin Scooters in the Black community, such as in Homewood or the Hill District.

It would be especially important to keep track of your time in these areas, especially if other users genuinely need to use the Spin Scooters to get to work or whatnot.

There are various charging stations throughout Pittsburgh for the Spin Scooters which also serve as a space to park them. Simply put, if you see a charging station near you when you’re done with your Scooter, it’s the right thing to do to return your Scooter back to that spot. That way, other users can locate usable Scooters easier.

It’s as simple as that folks. There are lots of ways to be courteous about your Spin Scooter usage, even if they aren’t all possible at the same time. The bottom line is to treat these Scooters in the way you would like to see them returned if you were to be the next user.

Thankfully, Emily O’Neil, a 19-year-old Political Science and Public Service major, and most other students believe, just as I do, that the majority of Spin users, “use them in good ways to like get to classes and use them respectfully.”