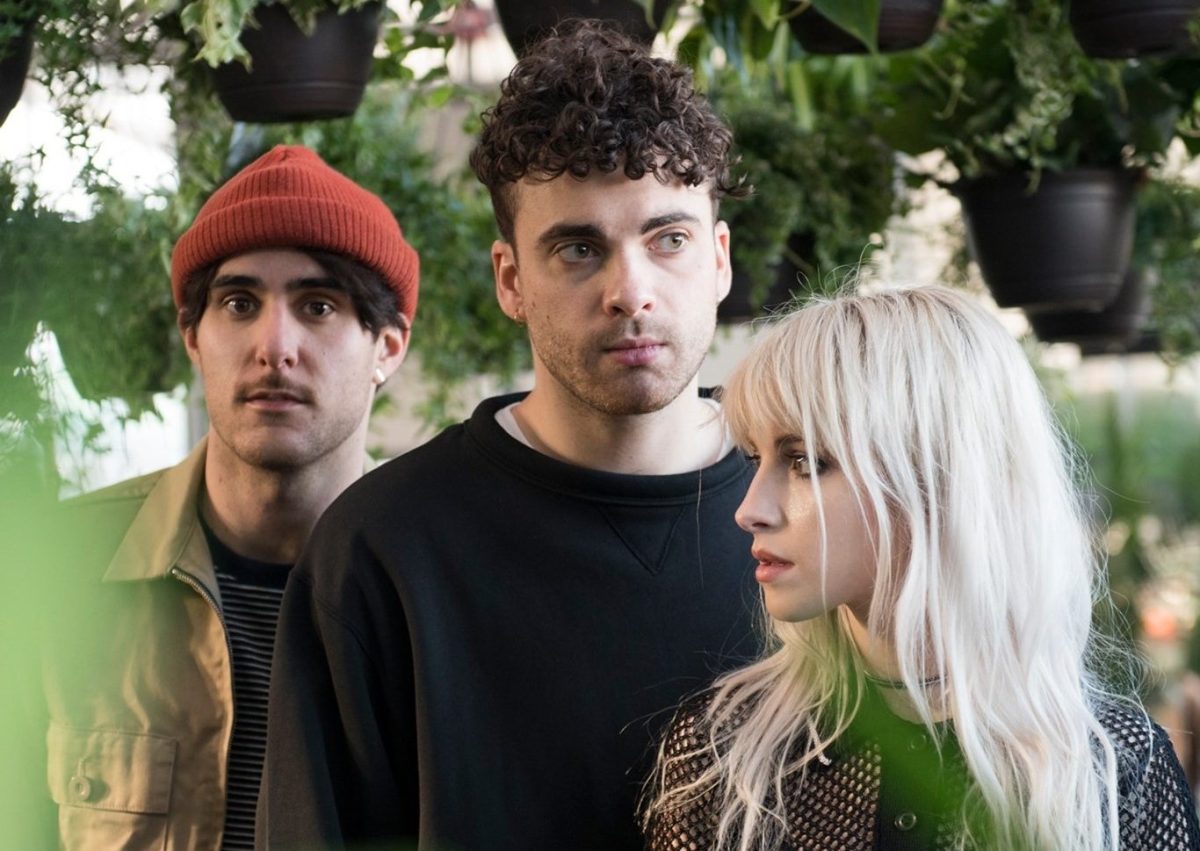 I have been a fan of Paramore for as long as I can remember. Their catchy riffs and lyrics paired with lead vocalist Hayley Williams’s powerhouse of a voice make for a long list of emotional head-bangers that have stayed with me throughout most of my life. Part of me feels as if I grew up with Paramore. Each album’s differences seem to have changed along with me as I grew up; a shared feeling amongst Paramore fans.

Back in 2019, Paramore announced they would be taking a break from releasing music so they could step back for a little while and just be friends. However, excitement spiked when Williams recently announced that another Paramore album is to be expected in the future.

In celebration of the band’s hiatus coming to an end, now is a perfect time to remember Paramore’s roots with a close look at their discography.

Where It All Started: All We Know Is Falling

Hayley Williams, Zac Farro, Josh Farro, and Jeremy Davis all met at school in Franklin, Tennessee in 2002. The group bonded over a shared interest in music and two years later in 2004 later were signed by Fueled by Ramen. Hayley was only 14 years old at the time, which is another testament to her immense talent as a vocalist.

Fast forward to 2005. Davis has left the band for unknown reasons, which devastates Paramore, as they were excited to begin working on their first studio album.

The heartbreak of losing Davis inspires Paramore’s first album, All We Know Is Falling that they released in July that same year. John Hembree replaces Jeremy on bass before the band goes on tour with Warped Tour in 2005. With their first single titled “Pressure” and their second single titled “Emergency,” Paramore’s sound is officially established in the alternative scene.

All We Know Is Falling only consists of ten action-packed tracks with punk influences. The first track, “All We Know,” is a great opener for the album and has a soft rock vibe. The rest of the album continues this vibe with mild versatility. Songs like “Brighter” and “My Heart” are soft rock ballads, while songs like “Woah” and “Emergency” are harder rock. Although this band has the potential to write a variety of different kinds of music, mild versatility is to be expected for any band’s first album. Overall, this album leaves a great first impression of the band and gets a six out of ten from me.

Paramore’s sophomore album, Riot!, was not released until June of 2007. Unfortunately, Davis has been officially expelled from the band, but Taylor York joins the band on guitar. York knew the band members from school, so he fit in perfectly. Paramore’s success starts to pick up speed shortly after Riot!’s release. Their fan base increases and the popular magazine Alternative Press names them the best band of 2007.

Riot!’s first track, “For a Pessimist, I’m Pretty Optimistic,” automatically shows how Paramore has transitioned from rock to pop-punk with their harder-hitting lyrics and instrumentals. The teenage angst in this album is palpable, so Riot! is where the head-banging begins.

Songs like “That’s What You Get,” “Misery Business,” and “CrushCrushCrush” become hits and are standout tracks from Paramore’s discography. Riot! is also when Paramore’s versatility begins to increase. “Born For This” and “Misery Business” are the most aggressive sounding songs on the album, while “We Are Broken” and “When It Rains” are the softest songs Paramore has released at the time.

Track three, “Hallelujah,” gives Hayley a chance to show off her vocal range and capabilities with high notes and belts in the chorus and low notes in the verses. The song “Fences” introduces a new sound for Paramore with its fun rhythm and is the most underrated song on the album. This album is absolutely full of bangers and is my favorite album from the band to this day. Ten out of ten.

With a much larger fan base and established sound, Paramore releases their third album, Brand New Eyes, in September of 2009. Jeremy suspiciously rejoins Paramore, jam-packing the band with five official members. However, Zac and Josh Farro make the decision to leave the band in 2010, making this their last album with Paramore. While fans are disappointed to hear of the brothers’ departure, the success of Brand New Eyes allows them to leave their mark on Paramore’s legacy. This can be seen with the album’s first single titled “Ignorance.”

Brand New Eyes has the same pop-punk sound as Riot!, which is noticeable with the hard, emo sound both albums possess. Paramore’s die-hard fans soon recognize this distinct sound as a classic one. The band’s third album is filled to the brim with hits like “Careful,” “Ignorance,” and “Brick by Boring Brick.” The versatility remains the same as the previous album with the massive hit, “The Only Exception.” This song is a ballad, which makes it stand out on the album. Additionally, “All I Wanted” is the best song Paramore has released for Hayley to demonstrate just how talented she is. The chorus shows off her killer range and ability to belt. This album is wonderful and receives a nine out of ten from me.

The band takes four years before they release their self-titled album in April of 2013. Davis leaves the band for the last time, which results in a legal battle between him and the band over royalties. Around the same time, Williams comes forward about her struggle with depression. With all of the chaos surrounding Paramore, it’s easy to guess that their self-titled album will be interesting.

Paramore’s fourth album is a dramatic change from the last three, which I think is due in part to the members entering adulthood. The band leaves their pop-punk sound behind and enters the world of alternative rock with heavy pop influences.

This album has 17 tracks, making it their longest album. Songs “Still Into You” and “Ain’t It Fun” become massive hits and are also the most pop-inspired tracks on the album. Moreover, this album is the most versatile album they have released. The two aforementioned pop songs help the band become more mainstream, expanding their fan base.

On the flip side, “Now” and “Part II” remind long-time listeners that Paramore is still a rock band with their loud and steady percussion and stronger vocals. The self-titled album is also the first album that contains interludes. “I’m Not Angry Anymore” and “Moving On” are acoustic, being played on ukuleles with only Williams’ vocals. The subjects discussed in these songs seem to apply directly to Williams’ life, which is also noticeable on tracks “Proof” and “Grow Up.” Both songs reference emotional breakthroughs related to serious relationships and transitioning into adulthood. This album is a great representation of the band’s evolution as musicians and as people. Seven out of ten stars.

Paramore’s most recent album, After Laughter, was released in May of 2017. Josh Farro returned to Paramore as the band’s drummer, which was great for Williams and York after the fiasco with Davis. The first single “Hard Times” solidifies the album’s fun and eccentric vibe.

This album follows in their self-titled album’s footsteps as it illustrates Paramore’s continuous evolution. It’s alt-rock with pop vibes and no sign of punk. Its colorful 80’s alternative rock vibe delicately placed over tracks with real lyrics makes this album stand out from the rest. After Laughter is an album with a message, and it seems as though Williams is sick of everything bad in the world and just wants to scream.

The poppy, attention-grabbing instrumentals help listeners pay more attention to the lyrics. Tracks on the album tackle topics like depression, relationships, and dealing with fame. “Hard Times,” “Rose-Colored Boy,” and “Fake Happy” are all extremely catchy songs that express what it’s like to be a famous young woman in music from Williams’ perspective. “Idle Worship” in particular illustrates how Williams doesn’t want to be famous or put on a pedestal because she is just like everybody else. The versatility of this album is not great, but I don’t think that’s the point. Paramore is already an established band with a large discography, so this album gives them a chance to focus on the message in their music. I love this album and it gets an eight out of ten.

Williams released two solo albums, Pedals for Armor in January of 2020 and Flowers for Vases / Descansos in February of 2021. She is known for her loyalty to Paramore and only made the decision to release solo work because York and Zac Farro encouraged her. At this point in her life, Hayley has become a successful musician and has gone through a ten-year relationship that ended with a divorce in 2017. Her solo album gave her a chance to release the intense emotion she had been keeping in for years.

With it being her first time on her own, both of Hayley’s solo albums are adult contemporary that transparently reflect just her. Pedals for Armor has a certain spice to it that gives it a very interesting and complex vibe. The songs have a slightly produced sound, but many of them incorporate acoustic instruments. This helps the instrumentals match the tone Hayley establishes with her personal lyrics. Songs like “Simmer” have a dark and almost scary vibe, while songs like “Cinnamon” and “Dead Horse” have a more upbeat mood. However, the whole album is consistent when it comes to the aforementioned subject matter. The Flowers for Vases / Descansos album is on a completely different wavelength with it being acoustic and Latin inspired throughout the whole album. Overall, both albums seem like a necessary release for Hayley to enter another chapter in her life. Five out of ten stars.

Hope for the Future

Paramore’s discography is a wild ride full of ups and downs from the members’ lives. Although this could have been predicted from the fact that they started as young teenagers, the drama that unfolded over the years was overwhelming at times. Luckily, Paramore can still release amazing music that many fans love. Their next album is rumored to be punk-inspired, harkening back to Paramore’s classic sound. A release date has not been mentioned, so be patient! I’m sure their next album will be as well-received as their others.